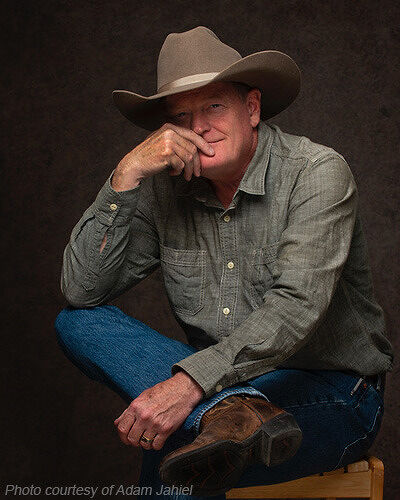 Listen to the interview with Lori Walsh on SDPB Radio HERE

Johnson has written seventeen novels featuring Walt Longmire, Sheriff of Absaroka county, Wyoming.  Longmire has been described as the detective "we would most like to sit and have a beer with." A Vietnam vet, Longmire is driven by a thirst for justice and a love of the land.  Johnson deals with themes as diverse as pedophilia, missing and murdered Indigenous women, cults, archeological finds, and Vietnam.  Along the way, the reader is invited to participate in Walt's reflections ranging from books he's read as he quotes Balzac, Conan Doyle, or John Donne, his thoughtful conversations with his best friend, Henry Standing Bear, as well as his spiritual encounters, often in the wild.

Johnson has stated that his goal is "to deal with the universal imperative of the human condition."  While he lives in and loves the West, and the stories are set in the west, he sees them as more than just "westerns."  He lives with his wife in Ucross, Wyoming, population 25.