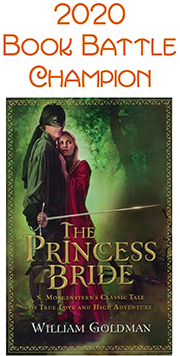 The battle is set up as single elimination tournament consisting of 64 books (very similar to the NCAA men and women's Final Four tournament). Books are nominated by students, faculty and staff and then sorted into "regions."

How do I play?

There are 2 ways to play.

How is the Book Battle Champion selected?

How do I win prizes?

After each round, 3 names will be randomly drawn from the list of ballots submitted. After the final round, there will be a special drawing from a list of participants who voted in every round.