Skip to Main Content
It looks like you're using Internet Explorer 11 or older. This website works best with modern browsers such as the latest versions of Chrome, Firefox, Safari, and Edge. If you continue with this browser, you may see unexpected results.
All Hours 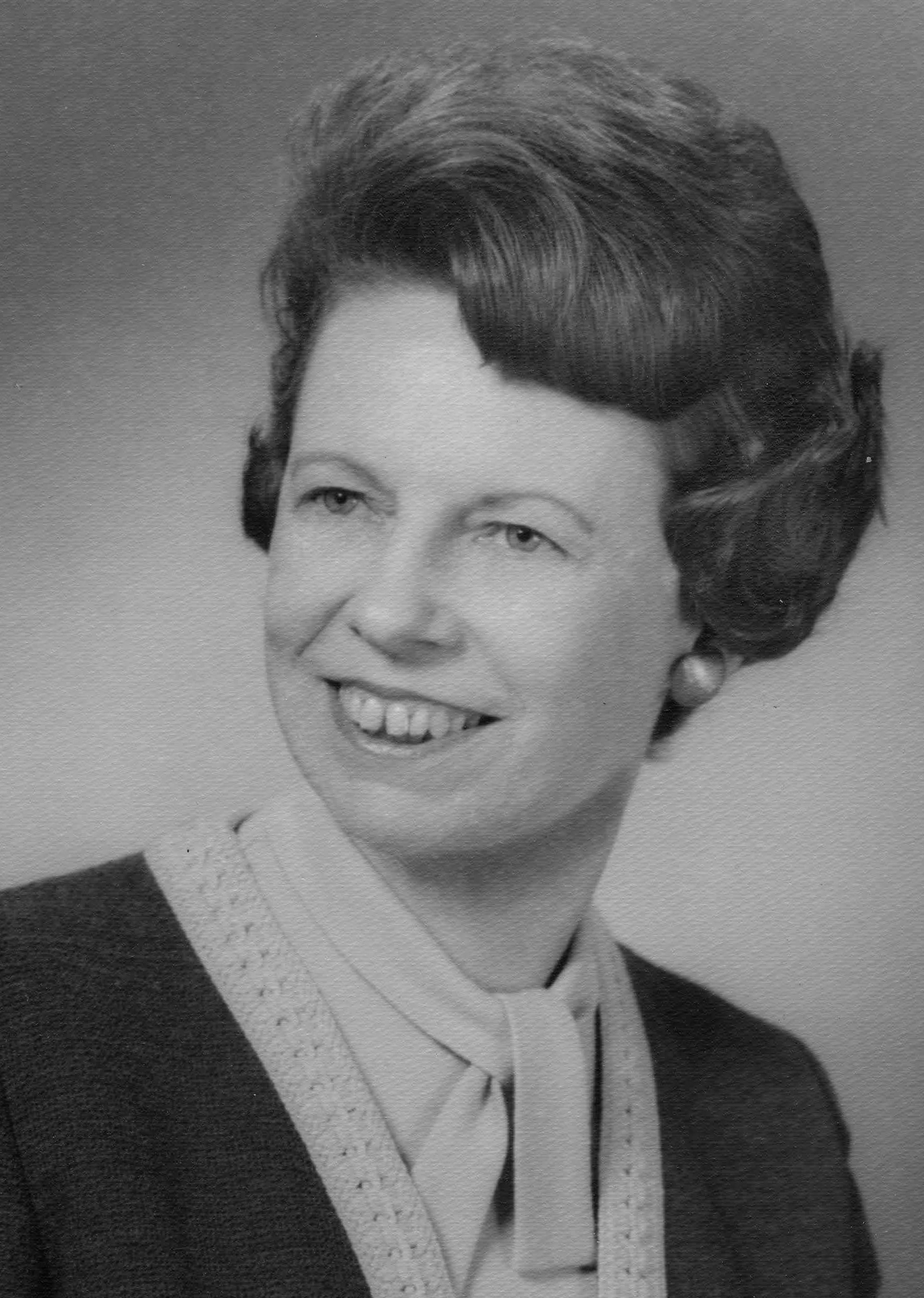 Glenda Aamodt Olsen (1913-2009) was the daughter of second-generation Norwegian immigrants who settled on land near Cottonwood, Minnesota. From both sides of her family--her father's parents from Telemark, Norway, and her mother's parents from Rogaland and Oppland, Norway--she acquired a deep appreciation of Norwegian folk arts. Her paternal grandmother, Liv Aamodt, made Hardanger embroidery. Her father, Olai Aamodt, played a Hardanger fiddle, an instrument that his grandfather played in Norway. Her mother, Caroline Aamodt, learned oil painting in an academy she attended in Red Wing, Minnesota.

While Olsen raised her family in Worthington, Minnesota, she pursued a variety of artistic interests and made her home a showplace for traditional Norwegian art. She painted in oils and acrylics and made braided rugs, quilt tops, and Norwegian embroidery. She also practiced the Norwegian decorative art of rosemaling. She loved the craft arts of Norway and was connected to others in her community who shared her interest in decorative arts.

Olsen learned the art of making braided rugs from a second-generation Finnish friend, Anne Karhu, whose husband, Arne, has a landscape painting in the Mikkelsen Library collection. Anne and Arne's son, Clifton ("Cliff"), gained worldwide renown as a master of traditional Japanses woodblock printing. Several of his woodblock prints are in the library collection. The labor-intensive art of braided rug-making begins with collecting wool scraps, then planning a design, dyeing the wool, cutting and sewing the wool scraps into long strands, braiding the unwieldy strands, and finally stitching the braids together into a finished rug. Olsen mad five large rugs and many smaller ones. Her masterpiece, a rug measuring 10 feet in diameter, is on display in a reading area of Mikkelsen Library. One of her paintings, a floral still life, is also in the library collection. Olsen had many teachers. The most prominent was Eugene Schar, a Norwegian-American painter whose work is represented in the Mikkelsen Library collection. 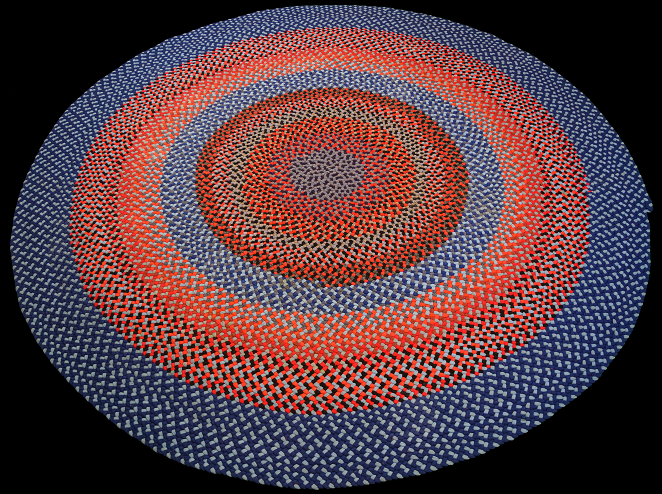 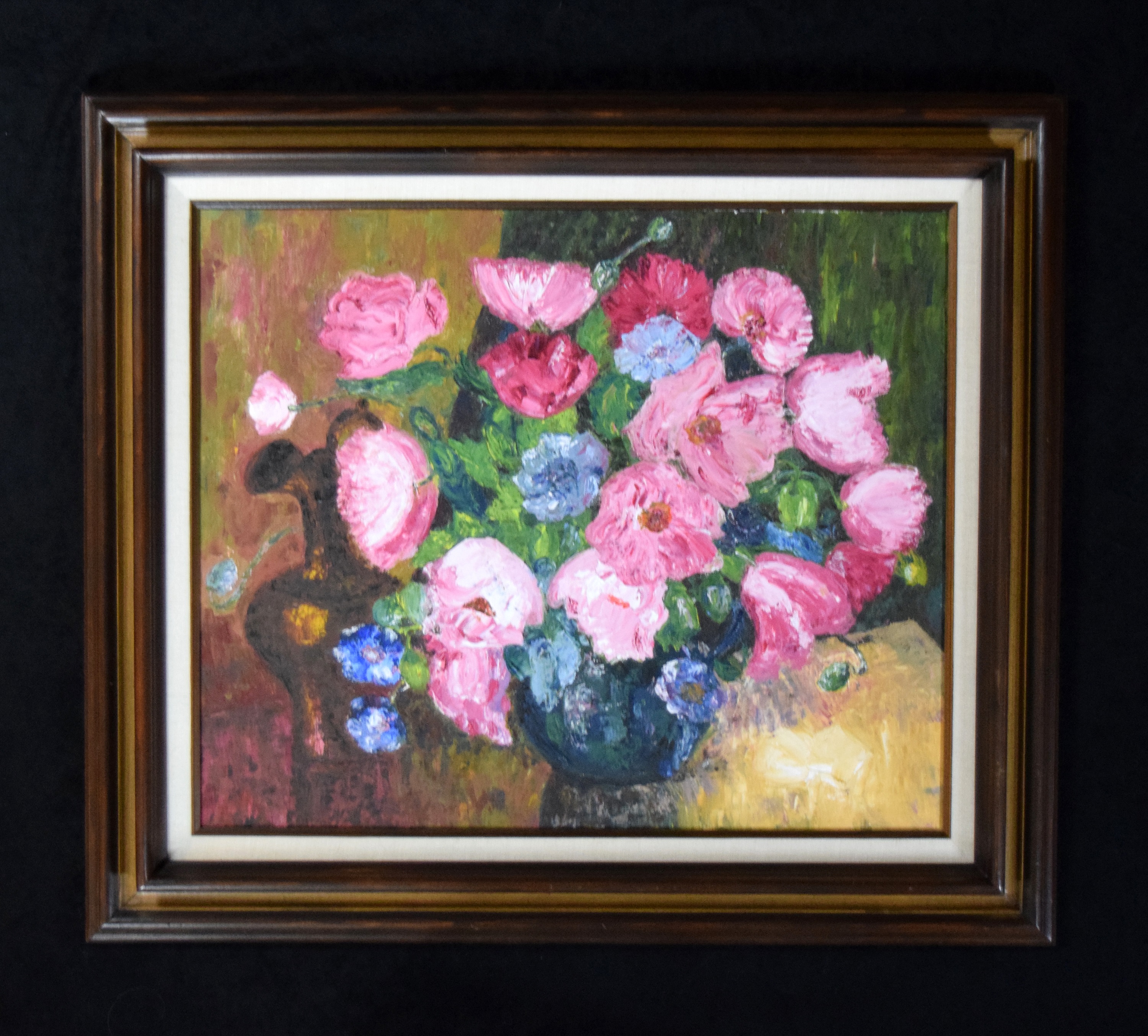