Skip to Main Content
It looks like you're using Internet Explorer 11 or older. This website works best with modern browsers such as the latest versions of Chrome, Firefox, Safari, and Edge. If you continue with this browser, you may see unexpected results.
All Hours

The Norwegian needlepoint tapestry was made by Borghild Negaard Simonsen as she emigrated to America from Norway in 1904.

Borghild was one of nine children born to poor tenant farmers Isaac and Andrine Isaacson in Bergen, Norway on March 7, 1888. Seeing little future for themselves in Norway, Borghild and her siblings sought to achieve prosperity through the American Dream. Three of her older brothers (Julius, Martin, and Ingvald) along with their brother-in-law, Carl, journeyed to Chicago where they worked to save money to buy the $25 tickets for their sisters’ passage. When Borghild and her sisters, Andrine (Carl’s wife), Elise, and Hilma boarded a boat to cross the Atlantic they looked upon the Norwegian coast and said goodbye to their parents for the last time. Borghild was only sixteen years old.

During the voyage, Borghild made the tapestry depicting the Norwegian royal coat of arms to pass the time and ease her homesickness.  Her sadness at leaving and fear of the unknown was tempered by the excitement of a new beginning. After passing through customs at Ellis Island, the sisters joined Borghild’s older brothers and Carl in a one-bedroom apartment in Chicago.  There, Borghild earned money of her own sewing buttonholes. Through her work with the Salvation Army she met her future husband, Ansten Simonsen, also a Norwegian immigrant who had worked for a time as a lumberjack in Duluth. Ansten and Borghild married on November 6, 1915 and settled on the north side of Chicago, building a house for themselves amidst the flourishing Norwegian immigrant community. Ansten and Borghild raised three children, Herbert, Ralph, and Ethel in Chicago and fulfilled their dream of happiness in America. Borghild died November 13, 1958.

Borghild (left) with three of her siblings in 1904 shortly after crossing the Atlantic. 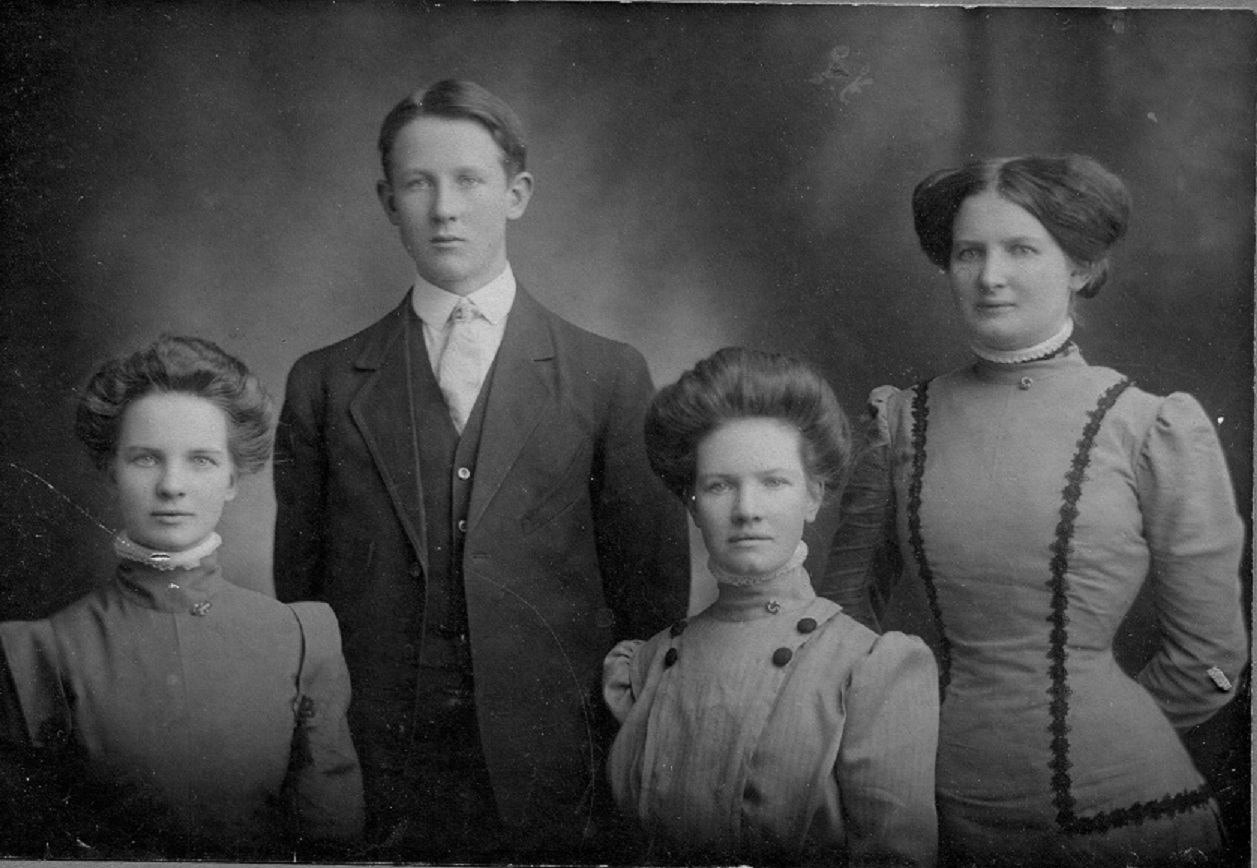 Ansten and Borghild Simonsen by the house they built in Chicago with their children, Herbert, Ralph and Ethel. 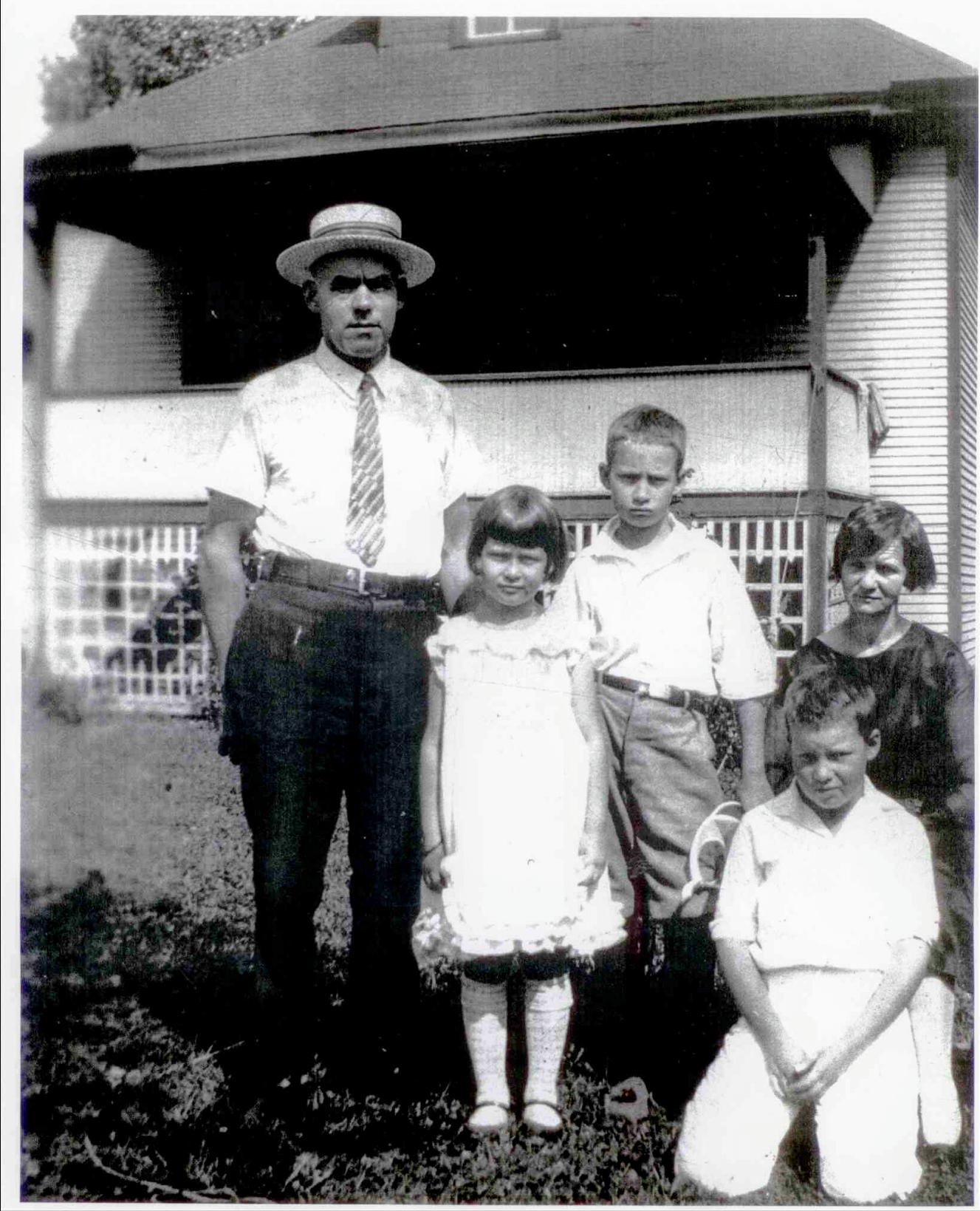 Borghild (right) enjoys her twilight years with her sister, Elise. 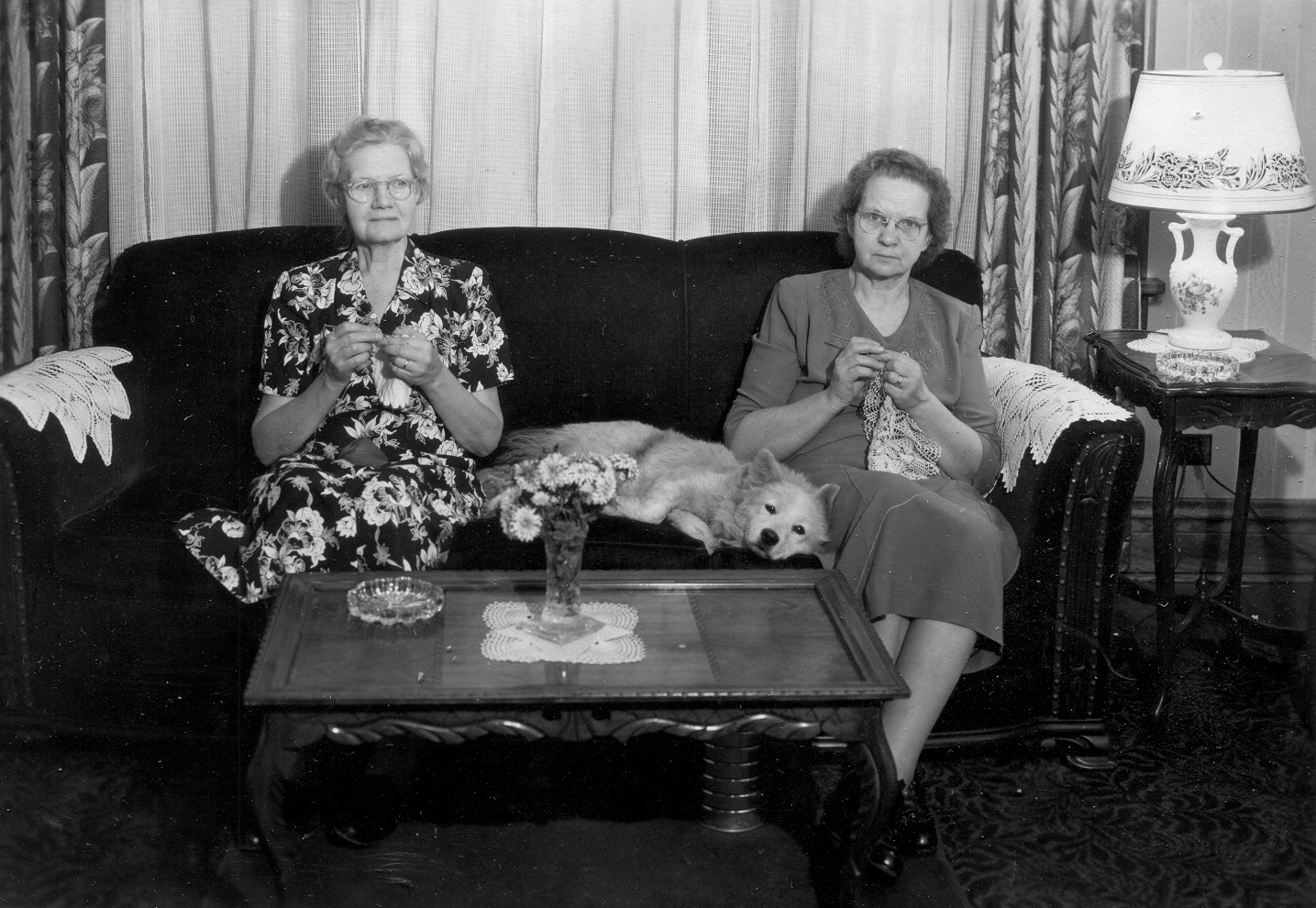 The tapestry is done in klostersom (“cluster”) embroidery using wool yarn on a wool canvas. It features the Norwegian royal coat of arms of a crowned lion rampant bearing an axe with an argent blade on a triangular red escutcheon. The royal crest is flanked by crossed Norwegian flags over a garland of oak leaves and acorns.
Featured in the Reference area on the Main Floor. 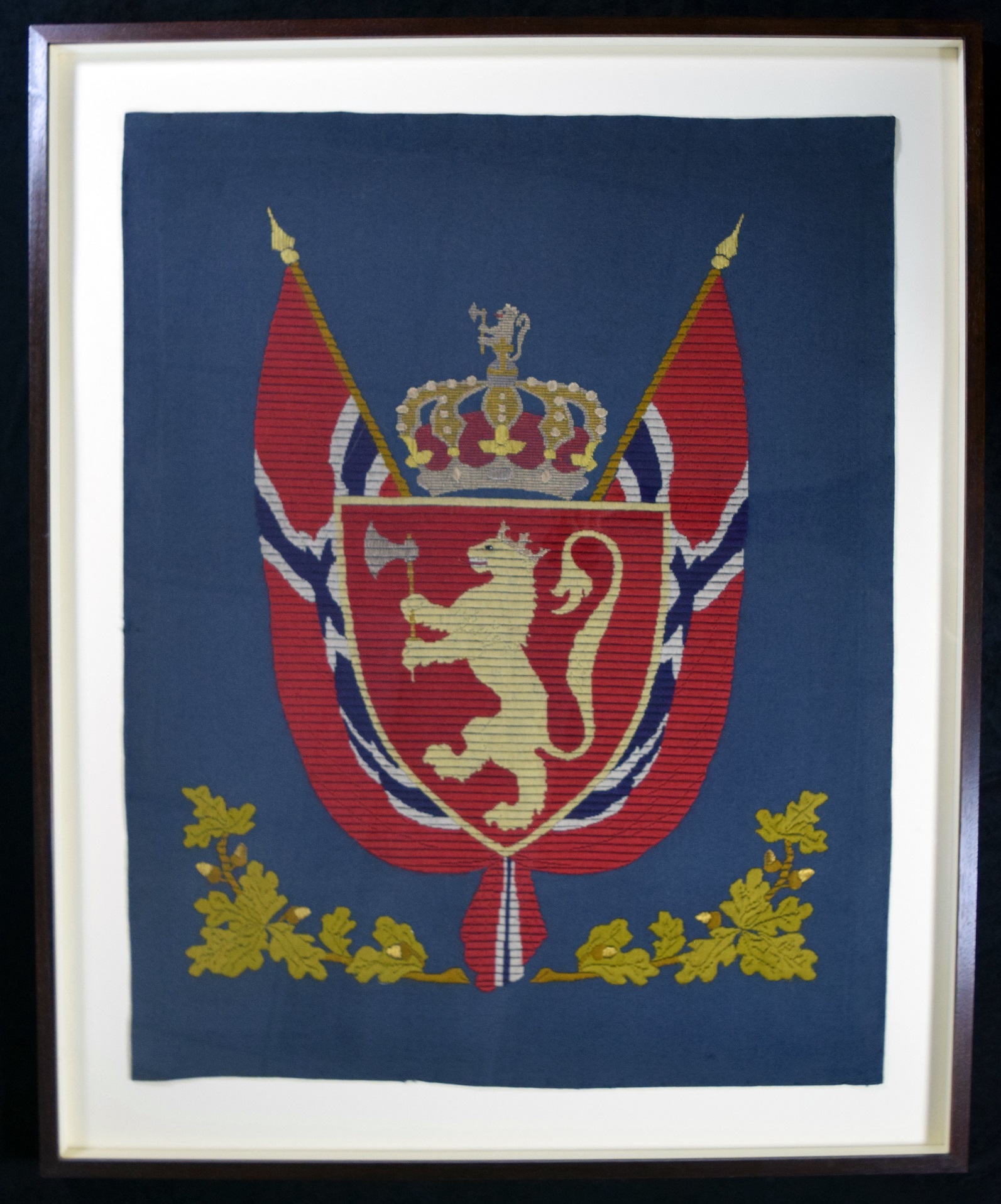